Mason Remey's opinion on the death of Shoghi Effendi

To summarize the event and prove the truth, I would just quote the testimony of one of the observers - Mason Remey - who was present there.

"Shoghi Effendi ascended in a strange situation and under surprising circumstances. For this reason, Ruhiyyih Khanum refused to disclose the facts of his death, and did not want the believers to know those terrible facts of that event. Trying to avoid the awareness of the Baha’i world community from the actual description of the death of Shoghi, she prepared an article with contribution of John Ferraby in London, which was full of fabricated and false subjects.

The article was published and distributed in a limited copy; and perhaps the Iranian Friends were not fully aware of its contents. Thus, the true account of the holy ascension is as follows:
Shoghi Effendi used to sleep alone in his room. He had slept alone that night and the bedroom was locked from the inside. During the night Ruhiyyih Khanum went to the bedroom of Guardian and knocked it, but there was no reply. So, she called the hotel staff and they opened the door. In the morning of the third of November, the physician who was called in, announced that he had died a few hours earlier.

John Ferraby was immediately notified (He was in Rome at the time). They informed the Baha’i community worldwide by a telegram that Guardian is suffering from an Asian flu. Subsequently the next telegram informed that He has ascended... Suddenly, one of the believers informed me by phone that the bitter incident had taken place, and that he would soon come to meet me and to speak in person. I was aware what a great tribulation had occurred, and so I asked him to visit me.
The next day we, along with a number of Friends, flew to London for the funeral ceremony of the Holy Corpse. In 1910, when I was in the presence of that unique Guardian in Haifa, He referred to me at the time, and foretold that terrible event, which would have great and worldwide implications, but gave no exact time about it. I told a number of believers about that, but those prophecies were long before the dream that came to me. Shortly before his ascension, Shoghi Effendi had ordered that the Friends should not embalm the ascended Friends, and use such materials on their bodies.
In the event of such a great and bitter incident, it is a norm to take final medical examinations of the corpse before burying it. But they separated the viscera of the body of the Guardian, and put it in the shroud for a few days; so, it was completely rotten and His holy body had become very dangerous and intolerable, so that no one could recognize him. It was then when we arrived in London. The Holy Corpse was then placed in a bronze and lead box to avoid further damage to it! While no one was aware of the events that had taken place, and the only report Ruhiyyih Khanum gave was during putting the Holy Corpse in the lead box, which was filled with flowers, and she stated that everything was fragrant.

While I take such a step and write this, I am deeply influenced and motivated, but since Ruhiyyih Khanum has bought the sacred places, contrary to the dignity of the Cause, and committed such acts, it might be necessary to file the case of the death of the Guardian in a competent court, and the outcome may help to solve the problem of purchasing the sacred places.” - (C. M. Remey) 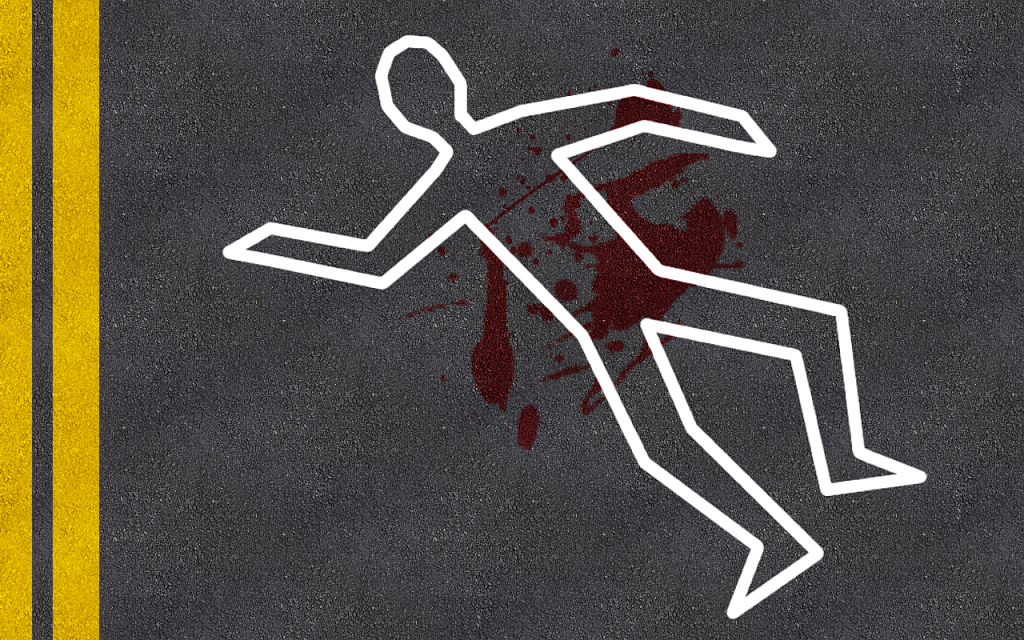 Do not think that I have special bias and intention, or I want to grab all my hardships and services. Rather, I want to make it clear that we and you have been attacked by some bloodthirsty wolves, and have been betrayed, deceived, and miserable by treacherous criminals, in the name of religion and Faith.

Given that Ruhiyyih Khanum was aware of the details of the ten-year plan, and knew the importance and position of the International Baha’i Council to the Guardian, and also knew that after the ascension of the Holy Guardian, the whole authority of the Bahá'í Faith should be given to it; and since she knew that the head of that council had been appointed by the Guardian, according to the principle of  inheritance; and that the said head of the international council was the destined Guardian, that his status and quality should gradually be revealed to the Baha’is ; and she herself would be excluded and lose her position as the liason between the Guardian and the International Council.

So, she decided to suspend and deviate the most important Baha’i organizational body, and the important developmental stage of the Baha’i evolution by collusion, and shifted the whole power and authority to the steward Hands of the Cause, who did not have the slightest authority in the Baha’i administration according to the Abdul-Baha’s Testament and the holy Tablets and Commandments. By this, she struck down the Tablets and the Holy Testament of Abdul-Baha, and in particular, destroyed the 36-year-old efforts of Shoghi Effendi and provisions of the ten-year plan.

In order to prevent the delivery of the Holy corpse to Haifa, she directly telephoned and lured Albert Mulshagel, the Hand of the Cause, on next Tuesday morning, giving him the responsibility of burial procedure; while he was overwhelmingly ignorant about the Islamic and Baha’I conditions and procedures of corpse burial. Without convening a medical council or inviting the Baha’i international body to receive their opinion about the ascension of Shoghi Effendi Rabbani, they performed the burial ceremony on Thursday, at 2 pm, then put the deformed and broken Holy corpse in a lead box, and placed it in another bronze box, weighing totally about half a ton! They did not observe the command of the Holy Book regarding bury of the Corpse in a crystal, stone, or wooden box (Verse 293). Moreover, in carrying the corpse that the burial place should be no more than an hour away, they disobeyed the command of the Holy Book either. She followed the easiest way which recommends:

Just listen to eating and drinking! And forget about wasting the bounties!

No one had any objection to those acts. Then, November 9, which was Saturday, was considered to bury the Holy Corpse, and the following telegram was sent to all the National Spiritual Assemblies:
The beloved Guardian of the Cause of God ascended yesterday, due to the Asian flu. I request the Hands of the Cause, the national assemblies, and the Auxiliary Board members to take shelter the Friends and help them in facing of this great calamity. A funeral ceremony will be held in London on Saturday. The dear Hands, members of the national assemblies, and auxiliary board members are invited to attend. Any press release should state that the Hands of the Cause will soon gather in Haifa and will inform the Baha'i community about the future plans. It is emphasized that the memorial meetings to be convened on Saturday. Ruhiyyihh”

Again, in this telegram message, there is no mention of the International Baha’i Council appointed by Shoghi Rabbani, as the Special and Referred Center, which was the first and most important body in the 500,000-year-old Baha’i Course. During all that time the directors of the play were John Ferraby and his wife, and Hasan Afnan Balyouzi, who were in London and controlled the situation precisely by the phone.

Given that the Hands were not an independent body in the Baha’I Administration, and even their activities of protection and propagation should have been done under the direct supervision of the Guardian, but we find that Ruhiyyih Maxwell, despite the Baha'i teachings, left the management of the Baha'i affairs to the Hands, something that was beyond her competence.

Shoghi had repeatedly warned that the activities of the Hands has to be under the supervision of the Guardian of the Cause of God, including in His telegram of April 6, 1954, concerning the Hands' duties: "They are destined to fulfil their two sacred duties, namely the protection and propagation of the Cause of Bahá'u'lláh under the auspices of the Guardian (Wali Amrullah), "and it is mentioned in the Master’s Will & Testament," All – the Hands- must be in his favor, and under his authority ... this congregation of Hands is under the authority of the Guardian (Wali Amirullah), "and without the Guardian, they are unfruitful and useless members of the Cause. However, after the funeral and covering the facts of the matter, the Hands assembled in Haifa on November 25, 1957, 26 Hands were present, and issued a proclamation, expressly acknowledging:

"... Shoghi Effendi has laid the foundation of Bahá'u'lláh's World Order by virtue of his appointment of the Hands, and also the appointment of the Baha'i International Community, an institution that should finally lead to Universal House of Justice”. Then they emphasized "... the Baha'i International Council designated by the Guardian and informed by His blessed Tablet to the Baha'i world about it, that over the course of time, it will transform into Universal House of Justice; the High Commission which in the words of Abdul-Baha, as per his Will & Testament, is gifted as "Immune from any error" and “God has made it the origin of all the goods and safe from all the errors”. So, He will bring His purpose to the stage of fulfilment."

Popular posts from this blog

Did Shoghi Effendi die a natural death or was he murdered? - Part 1 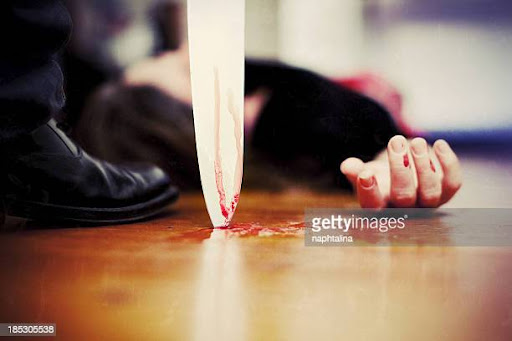 Shoghi Effendi did not accept making any changes to the content of the 10-year plan, or to change the members of the International Baha'i Council, or to change its appointed Chairman (Mason Remey); and had referred in his tablet no. 101 to the statement of Abdu’l Baha, indicating, “To the people of righteous (i.e. the Baha'is)” The continent of America is the center of the lights of spiritual insight and the country of the appearance of the secrets, the source of the virtuous people, and the place of gathering of the free people. Therefore, John Ferraby, Hasan Afnan Balyuzi, and Ruhiyya Maxwell (who was suffering from the infertility complex, and at the same time was very angry with the appointment of Mason Remey, an old man as the president of the embryonic International Baha'i Council. Since Shoghi Effendi did not agree to take their pressure of changing the President, these people surreptitiously poisoned the him. On Sunday, Oct 27 th of 1957, the effec
Read more 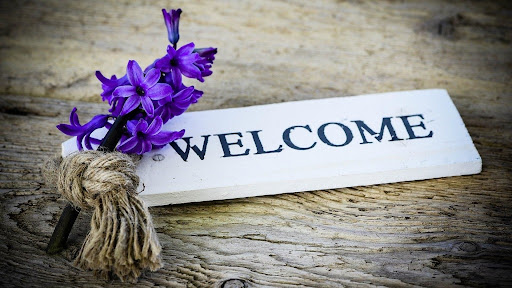 أهلاً وسهلاً Welcome to the launch of the new Free Baha'is ME blog and our first ever blog post! I am so excited to share with you MORE of what Free Baha'is believe in! I want to start by telling you why I created this blog, what you will be seeing more of in my posts, and my overall experience of being a Free Baha'i. Why I started this blog? Since I accepted the Free Baha'i faith, my friends in the Free Baha'i Team, who are mainly based in Singapore, Thailand and Canada, asked me to start a blog and work towards spreading the true teachings of Baha'u'llah. And up until a few months ago did I truly know what a “blog” was. I never clicked on blog links, I never understood WHY people wrote blogs, I just thought it was a waste of time to even look into it. WRONG I WAS. After doing much research and making friends with a few other Free Baha'is along the way on the internet, who have been so kind to offer much support and advice, I have become c
Read more